Wraparound books & manifold books are a great way to display an entire set of forms within a protective cover. 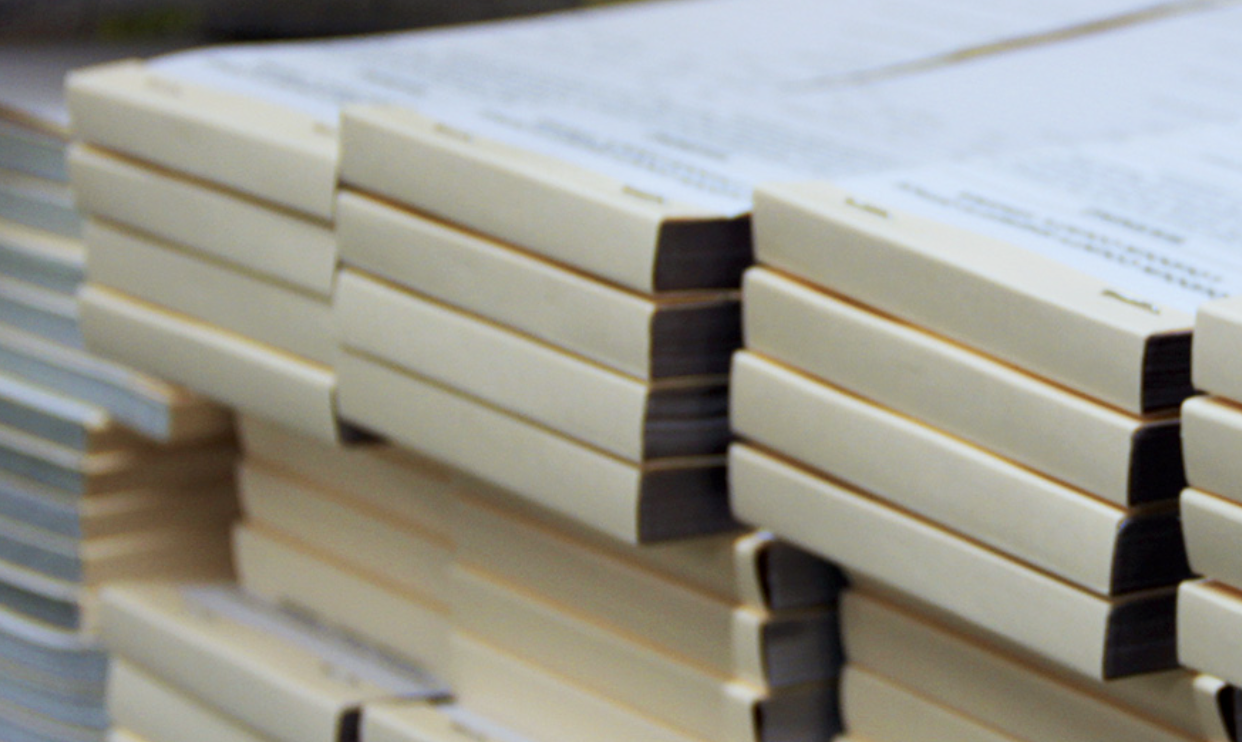 They protect the forms within them from getting dirty and from elements when out in the field. They protect the top form especially. It looks very sharp and professional when carrying around a book of forms instead of loose forms.

Specifically positioned staples will secure all forms in place.

Perforations at top make tearing out forms easy, but there is also an option to perf only certain parts or none at all.

The part of the cover that wraps around can be tucked under the first form so you will not transfer writing to the NCR form that is behind it.

Standard book covers are on 125 Manila tag.
Short Run Forms will make sure the staples have no sharp edges on the back of them.
We can make small die cut windows on the cover to reveal your next form number.
Short Run Forms also has the ability to digitally print on your covers.
If you have a shrink wrap numbered job, Short Run Forms will make sure the top number is visible.
In the case of a book with an added flyleaf, staff members physically write the number
on the outside of the shrink wrap.
Short Run Forms can staple up to 7/8” in booklet thickness.
Thick chipboard is placed behind the last form and hidden inside the cover to make the books extra sturdy.